An amazing panel of writers and bloggers will judge Wildlife Blogger of the Year 2018. Here are their full profiles. Mark has been called Britain’s premier wildlife blogger. He worked for the RSPB for 25 years – and spent 13 years as their Conservation Director.

Mark’s knowledge about nature conservation in the UK is without par, and he cares deeply about the sustainability of wildlife in the modern world. markavery.info 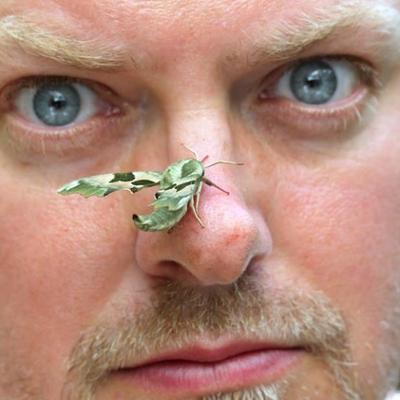 James Lowen has been immersed in all aspects of natural history since he was able to walk, encouraging him to moult into a fully fledged wildlife writer, editor, guide, consultant and photographer. Upon his return to Britain from several years leading wildlife tours in South America and Antarctica (which resulted in his books Pantanal wildlife and Antarctic wildlife), James had an irrepressible desire to renew his relationship with British nature. The result was James’s next three books: 52 wildlife weekends, A summer of British wildlife and Badgers. James writes regularly for magazines such as Bird Watching, The Countryman, Birdwatch, World Birdwatch, andBBC Wildlife. James’s speciality is bringing nature to life for the non-specialist. In June 2016, he guested on BBC Springwatch Unsprung. In September 2016, he was on BBC Countryfile.  jameslowen.com Lucy McRobert is an environmental historian, nature writer, wildlife blogger and Creative Director of the ‘A Focus On Nature’ scheme, which seeks to encourage young people into nature conservation careers in Britain. She gained a First Class degree from the University of Nottingham in 2012, and her final year Dissertation on the nature reserve ‘ideal’ in Britain after the Second World War was awarded the Robert Mellors Prize for English History. She was also awarded the University’s Marsden Prize for best female academic performance in the Arts Faculty. Whilst an undergraduate, she was runner-up in BBC Wildlife magazine ‘Nature Writer of the Year’ competition.

Lucy has written for Nottinghamshire Today, the Newark Herald, the Ghosts of Gone Birds international art/conservation symposium, 2020 Vision (2012) and BBC Wildlife. She is a regular guest contributor on BBC Radio Nottingham’s The Sunday Papers discussing wildlife topics, Wildlife Matters on Radio Scilly, and has participated in several short environmental documentaries. Through ‘A Focus On Nature’, Lucy is connected to many of the leading British environmental NGOs and the think-tank New Networks for Nature (N3); she is a long-term volunteer with both the Nottinghamshire Wildlife Trust and the Leicestershire and Rutland Wildlife Trust, for whom she writes regular articles and blogs, and has been involved in a number of fundraising events and projects.

Lucy is a keen mammal watcher, and when not looking for wildlife in her home county of Leicestershire, she can be found on the north Norfolk coast, the Highlands of Scotland, the Isles of Scilly and at Rutland Water every August at the British Birdwatching Fair. Lucy is also carving a niche for herself as ‘The Café Birder’ combining her love for food and Nature!

​Since studying zoology at the University of Bristol (1998 – 2001) he studied the diet of urban Peregrines and been colour ringing their young. He worked on a huge range of activities from taking schools fossil hunting to showing people wildlife from boats. He works for many different organisations, from the British Trust for Ornithology to the National Trust, and in the spring he specialises in teaching birdsong. He also leads groups for Naturetrek on wildlife holidays around the world. He also works closely with the BBC as a consultant, contributor and presenter. eddrewitt.co.uk

Matt Williams is a nature writer, wildlife photographer and presenter of the Wild Voices Project podcast.

He has written for publications including BBC Wildlife Magazine, Birdwatching magazine and the Summer anthology of nature writing. You can find out more about him @mattadamw and mattadamwilliams.co.uk, or find his podcast at www.wildvoicesproject.org.

James is a well-known conservation blogger. He is based at Royal Botanic Gardens, Kew, and runs his popular blog with the aim of sharing a more optimistic outlook on conservation and to encourage the next generation of young field scientists. He has written for a wide range of media outlets, websites and magazines.

James first became involved with expeditions through the British Exploring Society, which still runs challenging science focused projects today. He graduated with a first class degree in Biology from the University of Exeter in 2011, and a PhD in Molecular Ecology from Queen Mary University of London in 2016. He has been involved with expeditions and fieldwork in Peru, Brunei, South Africa, Madagascar, Finland, Scotland, Ethiopia and Oman.

Most recently, James embarked on a 30,000Km overland journey across Southern and East Africa in search of conservation success stories. You can read more about the project, here. James is currently a postdoctoral research fellow at Royal Botanic Gardens, Kew, working to map the spatial distribution and genetic diversity of the neglected orphan crop Enset in Ethiopia. jamesborrell.com

Kate is passionate about using adventurous journeys to raise awareness and inspire action on our major environmental challenges. She has recently returned from The Life Cycle: Colombia to Cape Horn by bamboo bike, exploring biodiversity loss.

A former lecturer in environmental philosophy, Kate set up Outdoor Philosophy to explore big questions about human/nature relations in nature rather than lecture theatres. In 2006, she cycled from Texas to Alaska along the spine of the Rockies exploring climate change. Her book about this journey, The Carbon Cycle; Crossing the Great Divide, was shortlisted for the Banff Mountain Festival Adventure Travel Award, 2012. Other ‘adventure plus’ journeys include the Gyre to Gaia ocean plastic pollution sailing voyage with Pangaea Exploration. www.outdoorphilosophy.co.uk

Marta is a co-founder of the popular blog The Conservation Hub, and is a wildlife conservation biologist based in Belgium interested in the linkages between business and biodiversity.

She has written widely about her passion for the natural world. theconservationhub.com

Hendrikus van Hensbergen is the Founder and CEO of Action for Conservation, a young environmental charity with a mission to bring the magic of nature into young people’s lives and inspire a youth movement committed to conservation and the earth.

Through a programme of workshops, camps and an ambassador programme, the charity supports young people, aged 12-18 and from diverse backgrounds, in building transformational connections to nature, leading their own environmental projects that have a positive impact in their local area and having a voice in environmental decision making nationally. Their values, Wonder, Hope, Action and Change, are at the heart of everything they do. Hendrikus was recently awarded the Postcode Local Trust’s ‘Rising Star Award’ for his inspirational leadership. actionforconservation.org Eilidh Munro is a wildlife and conservation filmmaker and one of the Scientific Exploration Society’s 2018 explorers, as the recipient of the SES Neville Shulman Film Award 2018. Her recent short documentary captured rarely-seen footage of spider monkey feeding behaviour in the Manu Biosphere Reserve within the Peruvian Amazon.

Eilidh is dedicated and passionate about telling conservation stories, and is returning to Manu this year for an ambitious filming expedition to create a documentary about a road being illegally built through the rainforest. She has also led the Crees Foundation’s Multimedia Internship from its remote research in the Manu rainforest for two years and enjoys teaching people about the power of conservation storytelling to create positive change. munrorambling.com and voicesontheroadfilm.com 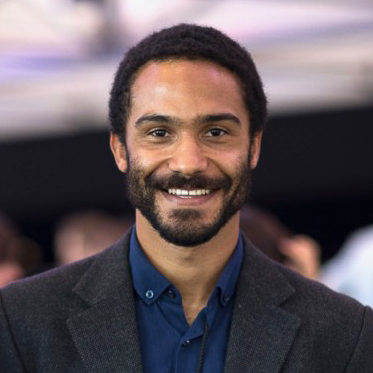 Justin is CEO of Conservation Guide and a marine biologist with 10 years’ experience working in conservation.

His experiences in environmental research and practical conservation field work globally led him to the creation of Conservation Guide. conservationguide.org For over 15 years Daisy has worked as a science writer, editor, publisher and communications specialist. Her work experience spans communications in entomology, marine science, agriculture, agroforestry, and human health including HIV/AIDS. She has MS and BSc degrees in chemistry from the University of Connecticut and University of Nairobi, and is a board-certified Editor in the Life Sciences (ELS). She loves to spend time in front of her sewing machine, and in nature taking pictures of people, birds and insects and their living environments. daisyouya.com Most recently she had the opportunity to coordinate a project demonstrating how rainforest regeneration can conserve biodiversity and enhance local livelihoods in Manu Biosphere Reserve, Peru. She’s a co-founder of Terra Incognita. terra-incognita.travel Nick is a digital entrepreneur. He loves building online businesses which help people and the planet.

He’s the Director of Conservation Careers and Ecology Jobs, former Director of British Birds, and worked as Communications, Marketing and Fundraising Managers for BirdLife International, both in the UK and Pacific (Fiji). He’s a co-founder of Terra Incognita. www.terra-incognita.travel