A Voyage From Stockholm

A Voyage From Stockholm 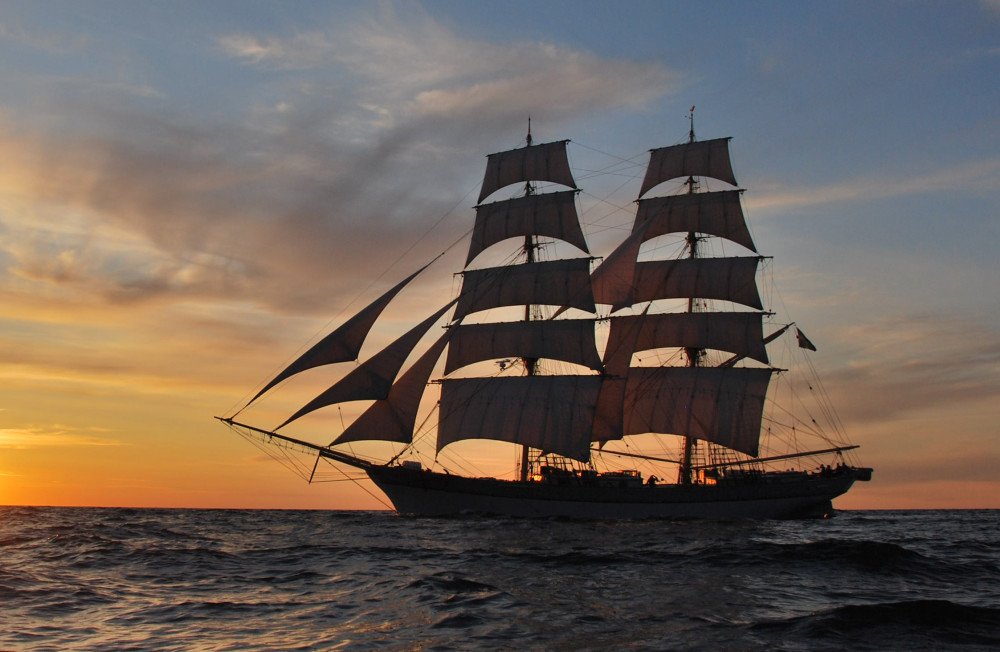 Movement. A gentle swaying beneath my feet. The deck creaking in the roll of the evening swell as we pull away from the harbour.

I push myself up into a sitting position, varnished wood of the seat smooth beneath my hands, and gaze back at the skyline of Stockholm across the watery expanse that is the heart of this beautifully Nordic capital.

A call from the captain hovers on the silent air, quickly followed by the sounds of the crew as they scramble up the rigging, relaying the message amongst themselves, and proceed to unfurl the sails, one by one, until they are all set and straining full against the masts with the gust of the wind.

The vessel picks up speed, gliding smoothly, cutting through the water; this ship’s two hundred year old hull design has clearly not been affected by the time that ahs passed.

A calm settles over the decks and everything seems still, though, of course, it isn’t. Once I start looking carefully at my surroundings I realise everything seems alive: the ropes swaying, humming even in the wind; the groan of the rudder as it is pushed expertly against the flow of the water by the captain and the cracking of the sails, high up on the masts, as we prepare to tack.

Leaning over the rail I stare into the clear crystalline water, noticing a shimmering just beneath the surface as some cod race us along our route out to sea. From the seaweed covered rocks by the shore, cries of seabirds carry on the air to the ship. I find the source of the sound just in time; right as the birds take off in a cloud of flight, rising in the sky until vanishing into the into the distance over the wide expanse of water ahead of us.

I inhale the sea air deeply, finally realising and, in doing so, appreciating, what it is like to be free from the modern world and to be transported back to a time wholly different from our own.

This however does not last for long. Our conversation is interrupted by the loud blare of a horn followed by the appearance of yet another large ship. It rumbles past us, the waves from its wake rocking the ship. This one is full of people, not cargo, the layers of rooms stacking up like a wedding cake. On the top deck, just below the enormous funnel belching smoke, are small silhouettes waving to us, children I think.

I wave back, and wonder, had those who crewed this ship when she was first built seen this sight, how they would react.

We continue onward until we have reached the midpoint of our journey and the captain, speaking through a wonderful Swedish accent, announces its time for dinner. A bell is rung and we all sit down at a table on deck that has been laid with delicious Scandinavian food.

On the way back, my eyes are turned to the sky once again, trying to see if those birds have returned. Instead of them, I hear a very different noise. Searching for a while, my eyes finally find the small black dot hovering in the air behind us. A drone. It approaches slowly and then circles the masts. Remaining for a while, it then returns to its owner, leaving us with yet another scene of contrast in our minds.

We dock, and I walk down the narrow plank that leads to the shore. After that time on the waves, the ground seems hard and unmoving and I think I finally understand why some want to spend their entire lives at sea.

I walk away through the park, glancing back to see the tops of the masts above the trees. That trip was very similar to Stockholm itself: the old and the new, side by side, and yet, somehow, working beautifully.